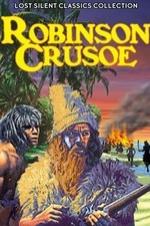 A thought experiment is a species of hypothetical reasoning. It is the testing of a hypothesis under imaginary circumstances.

I propose to use a thought experiment concerning two individuals on an island, whom I will call Robinson Crusoe and Friday. And my task is to characterize the economic-political systems of slavery, feudalism, and capitalism as a relation between two individuals.

Slavery will exist if Crusoe forces Friday to do anything he wants him to do. Friday will fish, hunt, and gather plants. He will bring them to Crusoe and prepare and cook these things for him. He will build for Crusoe a hut, he will fetch water, and he will wipe Crusoe’s butt. Crusoe, in turn, will allow Friday to feed on the scraps which are left over. If Friday misbehaves, he will be punished by the whim of Crusoe.

Feudalism will exist if Crusoe lets Friday fend for himself on the island, i.e., Friday may build himself a shelter and keep a store of food for himself, provided that Friday brings to Crusoe a certain quantity of food, and does a certain amount of labor.  Crusoe will set up some form of punishment for non-compliance.

The creation of a capitalist situation on the island is initially puzzling to formulate because of mistaken definitions of what capitalism is.  A useful way of giving a definition is through the method of genus and difference. Capitalism is in the genus of trade: it is a market economy. But trade is just barter with or without money, and is well nigh universal.  It existed under slavery and under feudalism.

So called anarcho-capitalists say that capitalism is free trade under conditions of private property.  How will that be modeled in the Crusoe-Friday scenario? We can suppose that Crusoe and Friday have divided between themselves the island in half.  They do not trespass on each other, and periodically trade.  Crusoe is good at fishing, while Friday is good at gathering coconuts. There is an agreed division of labor and trade. This satisfies the anarcho-capitalist’s definition, but it is not the capitalism which socialists were objecting to. What is missing? Wage-labor.  So if there is to be “voluntary” labor by Friday for Crusoe, what possibly can induce Friday to work for Crusoe, given that they possess equal shares of the island?

One scenario is this. Crusoe has a rifle and there are feral pigs on the island. Using the rifle, it is easy to kill pigs. So, Crusoe makes a deal with Friday, allowing Friday to do all the pig hunting for the two of them.  As a result, Crusoe has leisure, while Friday does the work of hunting.

This, however, does not model historical capitalism. Why? Because under present day conditions of capitalism, if Friday does not enter into this agreement as a worker, he will become homeless and risk starvation. How can such a situation be modeled on the island? I can think of only one scenario. Crusoe claims the whole island as his private possession, and Friday is welcome on the island on the condition that he will work for Crusoe. What is the alternative for Friday if he refuses? He is compelled to leave the island in whatever way he can manage, and risk the perils of the sea.  Alternatively, Friday can, of course, trespass without Crusoe’s permission; but if caught, there will be punishment.

So, Friday is forced into working for Crusoe because he does not have free  access to subsistence land on the island.  This, as I see it, is the difference which must be added to the genus of trade in order to define capitalism per genus and differentia.