Below is part of Chomsky’s reaction to the film:

CHOMSKY: It is, it’s completely missing the point. It’s simply not factually accurate, for one thing — because like I say, the real work is being done by people who are not known, that’s always been true in every popular movement in history. The people who are known are riding the crest of some wave. Now, you can ride the crest of the wave and try to use it to get power, which is the standard thing, or you can ride the crest of the wave because you’re helping people that way, which is another thing. But the point is, it’s the wave that matters — and that’s what people ought to understand. I don’t know how you get that across in a film.

Actually, come to think of it, there are some films that have done it. I mean, I don’t see a lot of visual stuff, so I’m not the best commentator, but I thought Salt of the Earth really did it. It was a long time ago, but at the time I thought that it was one of the really great movies — and of course it was killed, I think it was almost never shown.
WOMAN: Which one was that?
CHOMSKY: Salt of the Earth. It came out at the same time as On the Waterfront, which is a rotten movie. And On the Waterfront became a huge hit — because it was anti-union. See, On the Waterfront was part of a big campaign to destroy unions while pretending to be for, you know, Joe Sixpack. So On the Waterfront is about this Marlon Brando or somebody who stands up for the poor working man against the corrupt union boss. Okay, things like that exist, but that’s not unions — I mean, sure, there are plenty of union bosses who are crooked, but nowhere near as many as C.E.O.s who are crooked, or what have you. But since On the Waterfront combined that anti-union message with “standing up for the poor working man,” it became a huge hit. On the other hand, Salt of the Earth, which was an authentic and I thought very well-done story about a strike and the people involved in it, that was just flat killed, I don’t even think it was shown anywhere. I mean, you could see it at an art theater, I guess, but that was about it. I don’t know what those of you who know something about film would think of it, but I thought it was a really outstanding film.

Commentaries on Salt of the Earth, see:
Herbert J. Biberman, Salt of the Earth; The Story of a Film (Boston: Beacon Press, 1965) [includes the screenplay by Michael Wilson];
James J. Lorence, The Suppression of Salt of the Earth: How Hollywood, Big Labor, and Politicians Blacklisted a Movie in Cold War America (Albuquerque: University of New Mexico Press, 1999).

As I listened to Anne Applebaum, it appears that her current interest is in understanding how propaganda works and how it is being actually used. [A topic covered by Noam Chomsky’s Manufacturing Consent] Although propaganda is universal, her interest is focused on Russia, her field of expertise. She is the author of:
Between East and West: Across the Borderlands of Europe (1994);
Gulag: A History (2003);
Gulag Voices: An Anthology (2011);
Iron Curtain: The Crushing of Eastern Europe 1944-56 (2012)
Red Famine: Stalin’s War on Ukraine (2018)

Disinformation & the Threat to Democracy (Jan. 4, 2019 at the Library of Congress)

In Jan. 2013, she gave a lecture. Putinism: the Ideology. I would add to this title: Fake democracy by Fake opposition, by Real control, and by Real assassination. 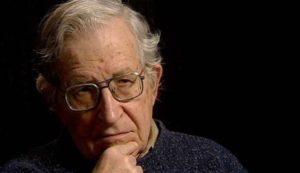 There is common distinction made between a disease and its symptoms. For  example, let’s consider the Black Death which killed off one third of Europe at its peak between 1347 and 1351. The cause of the disease was the bacterium Yersinia pestis, spread by fleas on rats. The symptoms:

“Contemporary accounts of the plague are often varied or imprecise. The most commonly noted symptom was the appearance of buboes (or gavocciolos) in the groin, the neck and armpits, which oozed pus and bled when opened.”

“It is said that the plague takes three forms. In the first people suffer an infection of the lungs, which leads to breathing difficulties. Whoever has this corruption or contamination to any extent cannot escape but will die within two days. Another form . . . in which boils erupt under the armpits, . . . a third form in which people of both sexes are attacked in the groin.”

During the period of the Black Death, if the cause was known, there would have been some chance for some people of avoiding it — even though the disease could not have been cured.

Why do I focus on this? Because when I read or watch the news — I mean the insightful news (not that issuing from corporate media) — everywhere there is a focus on the symptoms. I have in mind such programs as Democracy Now, the Real News, the Young Turks. The symptoms are unemployment, immigration, poverty, war. There is also focus on some objectionable laws or lack of laws dealing with taxation, abortions, voting, gay rights — recently the separation of children from immigrant parents. The news programs are “shows” which must fill in their news hour with content. Why do they focus on symptoms? I suppose that dwelling on the causes of these symptoms would either be boring or repetitious — so, the focus is on symptoms.

The causes of all these problems are both economic and political,  because they work together. There are some people who have rightly identified the economic problem as due to capitalism. Noam Chomsky has been criticizing capitalism for decades. A recent noticeable voice is that of Richard Wolff, a self-proclaimed Marxist. However, for some reason, neither Chomsky nor Wolff, zero in on the nature of capitalism which makes it possible. Both Karl Marx and Max Weber were acutely conscious of what made industrial capitalism possible: the deprivation of people of access to free subsistence land. Historically, this first occurred in England where people were evicted from their land for the sake of sheep runs, called for by the demand for wool for the textile industry. This is the economic disease — depriving people of free access to subsistence land.

The other cause of our misery is representative democracy. People hope for a savior president or prime minister — or even a parliamentarian. Currently there is excitement in the United States that a 28 year old Alexandria Ocasio-Cortez won a Democratic primary. I understand the excitement because for a self-proclaimed social democrat to win is almost a miracle, and this generates hope. But really what can one or a few persons do when the majority are on the side of corporations? The root problem is the US Constitution — this is the political disease.

[A very insightful critique of the U.S. Constitution was done by Lysander Spooner in his three articles, collected by the title “No Treason” (1867-1870)]

A better constitution is that of Switzerland. Why? For several reasons. First, Switzerland does not have a popularly elected president; instead it has a Federal Council of seven individuals nominated by four political parties, and confirmed by the joint vote of their bicameral parliament.   [Corruption occurs when one individual has power]  Second, amendments to their constitution have to be approved by popular vote and the majority of the cantons. People have a right to initiate amendments. And they also have a right to veto laws passed by their legislatures. Third, they have no Supreme Courts which can pronounce laws as unconstitutional.

Even though Swiss democracy is superior to that of the United States, it is not the best form of government. Why? Because when masses of people vote, they can be swayed by well-funded propaganda. A referendum or plebiscite — although better than none — can be manipulated with propaganda, which money can buy.

The remedy for this is to make the unit of government a small community with a directly elected council. All other political arrangement are to be by federation with other communities. This way, money plays almost no role in politics.