It seems almost to be common-sense not to give political power to a single individual.  Such an individual is prone to look out for his own interest.  He can be bribed, and he can be threatened. Yet, almost the whole world keeps doing it.  And the hope is that the next person will be some kind of savior.  Never happens!  Combine this adulation of a leader with mass democracy, and you get a semi-literate Bush, then a suave snake oil salesman, Obama, and now a spoiled child, Trump.  And in Russia a rogue dictator, Putin.

What is needed is a new Constitution with the executive exercised by a collective body of at least two persons.  Below are links to Wikipedia describing such collegial executive bodies.  The best present example of such a collective executive is Switzerland.

Have you been bamboozled into using the categories of liberal/Democratic vs conservative/Republican? These are really two factions of the game of oligarchy! They prescribe the choice of alternatives. For example, they both support the institution of a President, and you can choose which oligarch to be President. I, on the other hand, support the Swiss 7-member Federal Council. And I can go on with other measures which would be a critique of the U.S. Constitution, which is the oligarch rule-book of the game they are forcing us to play.

When reading attempts to distinguish Democrats from Republicans, the rational conclusion is that they tend to blur. The current issues which “seem” to separate them are: abortion, gun control, and climate control. I call them distractions. Why? Well, for one, the possibility of getting a chunk of free subsistence land, is not deemed a discussable issue.

Think of our political situation in this way. We are all required to play a game — let’s say football. 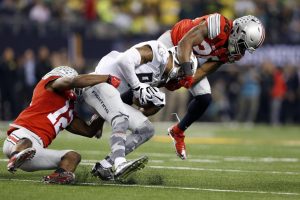 In this game, we have all sorts of choices, e.g., whether to throw the ball or run with it. The Democrats are all for throwing the ball; the Republicans are for running with the ball. These options are distractions from the question whether we should even be playing football. After all, in football, there are injuries and fatalities. I would prefer to play ping-pong in which, to my knowledge, there are no fatalities.

The political game is constituted by the U.S. Constitution (the rule book). Let’s play a different game. The one we are playing has too many fatalities and injuries.

The same goes for Ukraine, Ukraine has a very bad Constitution which allows for all the corruption we are witnessing. What is the better game? Nestor Makhno tried to play it. It is called Anarchism, or federalism based on small-scale communities practicing direct democracy. 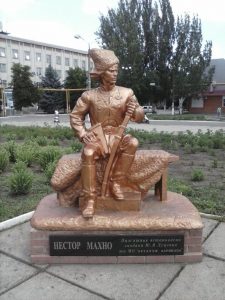