Capitalism is normally associated with a market economy, as if that’s all that it is. But markets and trade are very old practices which existed in primitive communities, in slave, and in feudal societies. So what differentiates the capitalist market economy from these others? It is the existence of people who do not own land, and are neither slaves, nor serfs, nor vagabonds who are compelled to work, as was the case in Europe after the Black Death, and a practice carried over to the American colonies.

People who are neither slaves nor serfs are euphemistically called “free laborers.” And if these “free laborers” are not working and are homeless,  they are modern vagabonds.

Today this discrimination and unlawfulness in being a vagabond or homeless continues.

Today, the punishment is less severe than being branded or executed – it is a fine and/or incarceration.

I experienced the working of such a law in Dade County, Miami, Florida, in the 70ies. I had traveled to Miami University in my VW camper, and parked legally on a street by the University, and went to sleep in my camper. Well, in the middle of the night I was awakened with rapping on my windows. When I came out I was confronted by a bunch of policemen telling me that it was illegal to sleep in a vehicle in Dade County. I questioned this by offering the scenarios that I could be very tired from driving or even somewhat inebriated and couldn’t drive. The answer was: “We have your license plate recorded and if you do this again, you will be arrested.” I took off to Key West where I parked on a beach and slept in my camper.

Is It Legal to Sleep in Your Car Overnight?

In lieu of deprivation to subsistence land, the community which does this should offer some kind of compensation. Milton Friedman suggested a negative income tax to cover at least food and shelter.

What we in the United States do have is a food stamp program, but not a universal shelter program.

I suggest that there be at least free camping rights around the country – what is called “freedom to roam” (as exists in the European Nordic countries). If this existed then Bertrand Russell’s proposal [in Proposed Roads to Freedom: Socialism, Anarchism and Syndicalism, 1919] that each person be allotted a vagabond’s wage would be approximated.

Chris Hedges, “Why I support Dr. Stein for President”

Charles A. Beard, An Economic Interpretation of the Constitution of the United States, 1921

Sanford Levinson, “Our Imbecilic Constitution,” The New York Times, May 28, 2012. 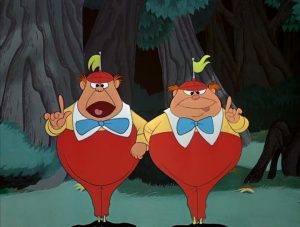 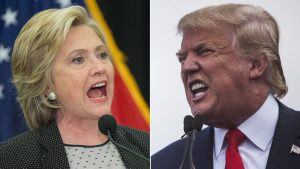 The prevalent forms of government in the world are variously called representative democracy, parliamentary democracy, and liberal democracy. They come in different varieties. On the national level, it is either a unitary system — centralized or decentralized; or a federal system with states or cantons. They all rest on two major flaws or mistakes. The first is that they place executive powers in single individuals, such as a president, a prime minister, a governor, a mayor. The second flaw is that they elect them by mass democracy; whereby thousands or million people are voting for a candidate.

In this post I will be concerned with the first flaw — giving power to a single individual.

What I am writing about politics is not philosophy but practical advice. The advice is so common sensical that I am at a loss to understand why what I have to say is not followed by most people. The principle that I have in mind is:

Don’t let a wolf tend to the sheep.

Yet, when we put single individuals in charge of anything, we are inviting corruption. What do I mean by political corruption? I mean that the politician will take bribes and make threats. And how will he get away with it? If there is no surveillance, then it will be a matter of his word against his accuser. And the corrupt politician will win by the principle of innocent until proven guilty. And, of course, the attorney general or chief prosecutor is himself subject to corruption, to be dismissed or retained by a single individual – either a prime minister or a president, who himself is subject to corruption – and prosecuted either by impeachment, no-confidence vote, or non-election. And unless the official is too cocky, as was the governor of Illinois, Blagojevich, or too brazen, and too megalomaniacal, as was Yanukovich, President of Ukraine, politicians can get away with murder, as does the president of Russia, Putin.

By contrast, in the ancient Roman republic, this danger was known and safeguarded against by having two consuls and two or more tribunes, who had veto power over each other. In cases of national emergencies, power was granted to a single individual, and he was called a dictator.

Such a system of government with power residing in single individuals is very welcomed by the rich. Why? Because they are in a position to buy whatever they desire of the politician, or they can threaten such an individual, or even assassinate him or her for non-compliance.

What I have written above strikes me as truisms, as common sense. In recent years, this truism was given some empirical backing by the writings and speeches of John Perkins, in his Confessions of an Economic Hit Man. He recounts in detail that his job was to first bribe heads of state to foster some policies favorable to some business or other; and if the bribe did not work, then they were threatened with losing the next election, threatened with a coup, an assassination, or, finally, a military invasion. And he gives us examples of each. Those presidents who take bribes become filthy rich, like Marcos of the Philippines, Noriega in Panama. By contrast, Mossadegh was deposed as Prime Minister of Iran by an American coup in 1953. In 1954 President Arbenz of Guatemala was removed from office by an American orchestrated uprising.

According to Perkins, the Presidents of Panama and Ecuador were assassinated by plane bombs because they refused to cooperate.

What is the alternative?

In the US we have the Supreme Court which is composed of nine individuals. We can have a similar arrangement for the executive.
The only country that has eliminated dictators (that is, single rulers) is Switzerland: it has neither a monarch, nor a president, nor a prime minister; instead, it has a Federal Council, consisting of seven individuals. Each is the head of a ministry, but the decisions of each ministry are made by the seven Federal Councilors.

It would also be a great deterrence to corruption not to have either a governor or a mayor, but councils.

See my: All power to councils — not to a President Czar

Andrew Chrucky, The Greatest Problem in the World, 1985.

Thomas Malthus, An Essay on the Principle of Population, 1798.

Antony Flew, Introduction to Thomas Malthus’ An Essay on the Principle of Population (1970)